I had organised a couple of days birding with George Swann from Broome following the sightings of the Eurasian Curlew at 80 Mile Beach.


We were out birding in the Roebuck Bay area on Friday, 14th December 2007, when the news came through that a Blue-winged Pitta had been seen in Derby.  This would be a very rare sighting for Australia.


We then had very good views of the bird over the next four to five hours and managed to get some good photos. We were joined by a number of local birders and there was a lot of debate about whether it was a Blue-winged or Fairy Pitta. It was agreed after consulting Craig Robson's Birds of SE Asia, plus photos from the Oriental Bird Club, that it was in fact a Fairy Pitta (Pitta Nympha).


The points in favour of the Fairy Pitta were:


1. The distinctive crown markings - narrow dark black stripe on top with rufous on either side, and then the pale creamy supercillium.


2. The pale cream supercillium runs through the top of the eye.


3. The blue markings on the wing are less prominant than for the Blue-winged Pitta.


4. The tail has a very thin blue marking on the end of the feather tips, whereas the Blue-winged has an extensive blue band.


5. In flight the extent of the white patches in the wing were a lot less than that for the Blue-winged Pitta - see poor photo of bird with wings opened


6. At rest there was no evidence of white on the primary wing feathers.


7. The chest is a lot lighter in colour compared with photos of the Blue-winged which shows it as quite buff


8. The option of Mangrove Pitta was also considered but this bird lacks the distinctive crown

It's a great find and well done on John's son who first saw the bird and reported it.


The Fairy Pitta is a small passerine bird. It breeds in north-east Asia in Japan, South Korea, mainland China and Taiwan, migrant in Thailand and winters mainly on the island of Borneo in east Malaysia, Brunei and Kalimantan in Indonesia. It eats worms, spiders, insects, slugs, and snails. The Fairy Pitta forms a superspecies with the Indian Pitta (P. brachyura), Mangrove Pitta (P. megarhyncha) and Blue-winged Pitta (P. moluccensis). 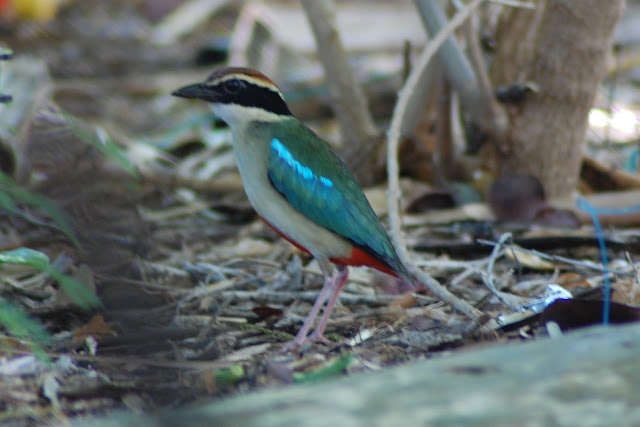 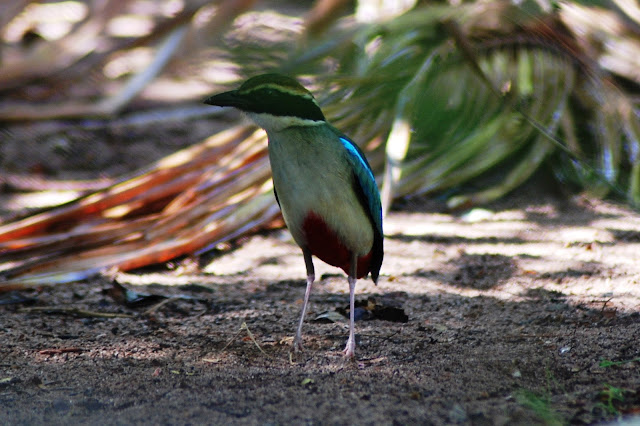 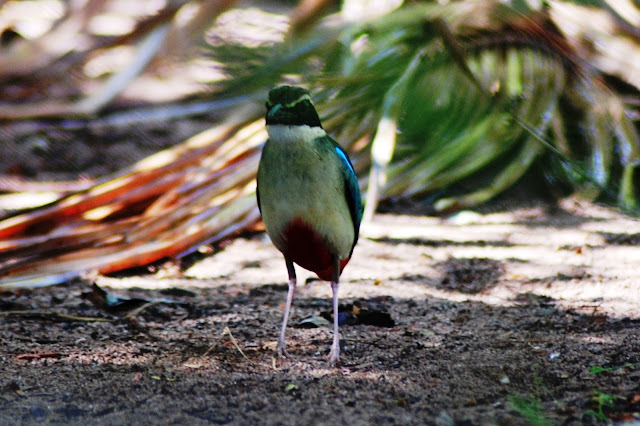